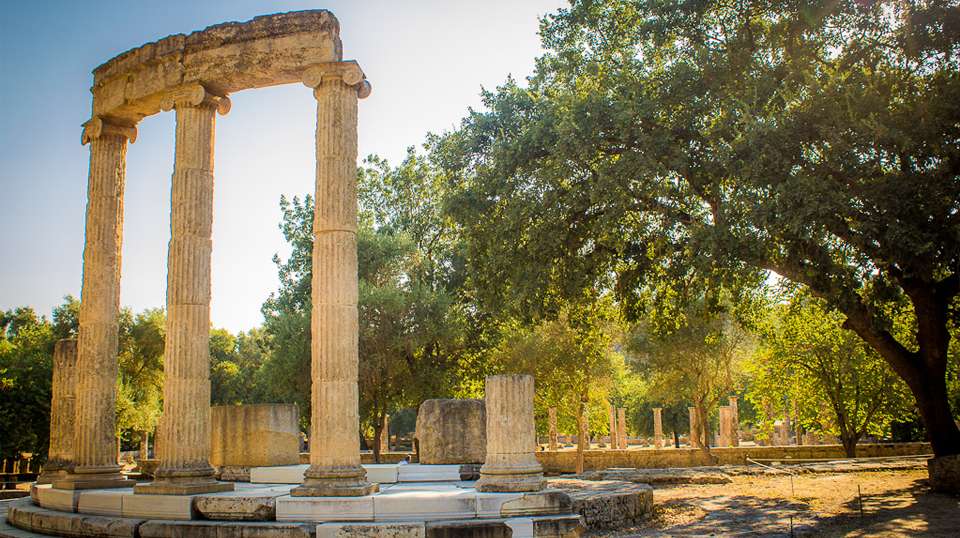 The site of Olympia is in a valley in the Peloponnesus and has been inhabited since prehistoric times. In the 10th century B.C., Olympia became a centre for the worship of Zeus. The Altis – The sanctuary of the gods – has one of the highest concentrations of masterpieces from the ancient Greek world. In addition to temples, there are the remains of all the sports structures erected for the Olympic Games, which were held in Olympia every four years beginning in 776 B.C.