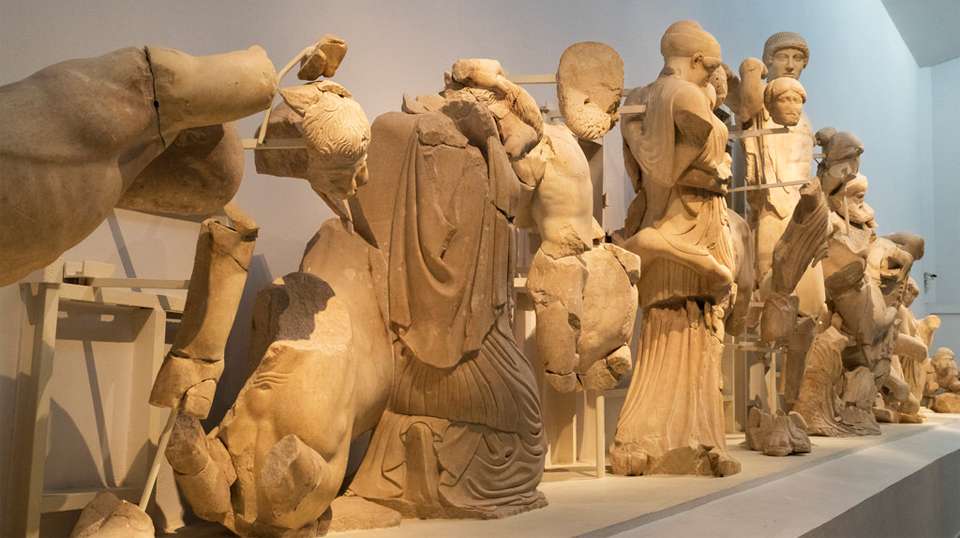 The Archaeological Museum of Olympia is one of the principal museums of Greece located in Olympia.

The museum houses discoveries from the surrounding area including the site of the Ancient Olympic Games. The collection includes objects produced and used in the area from prehistory to its time under Roman rule. The principal pieces in the museum are Hermes and the Infant Dionysus (attributed to Praxiteles), some objects from the Temple of Zeus, the Nike of Paionios as well as an oenochoe that belonged to Phidias. The extent of its bronze collection makes it one of the most important in the world.

Today the museum is housed in two buildings: the principal building with twelve rooms for exhibitions organized both around themes and ages of the objects. The other building is dedicated to the museum store and is separate from the main structure located on the path to the archaeological site.