Museum of the History of the Olympic Games 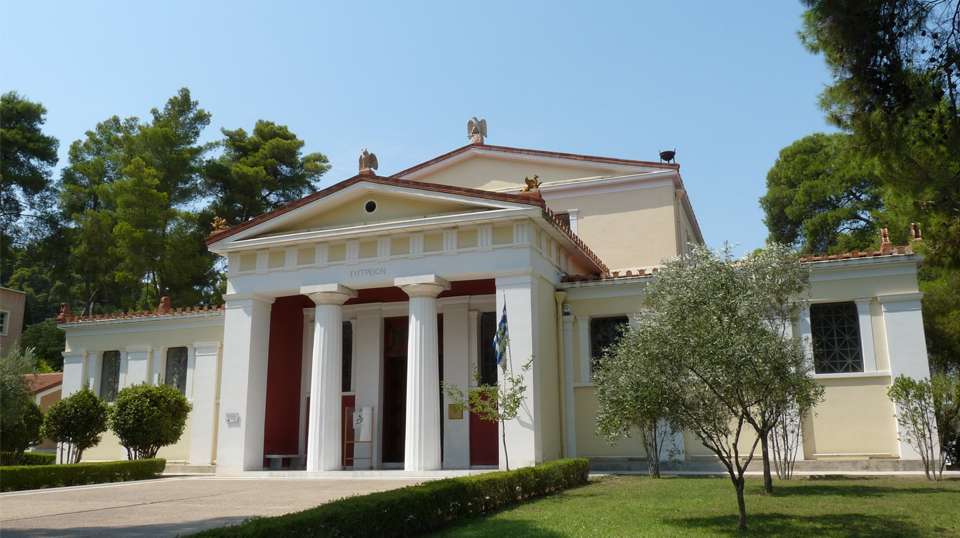 More than 400 exhibits dated from the prehistoric period to the 5th century A.D. are presented in thematic groups. The majority comes from Olympia but also on display there are many ancient works of art from other important sites of Greece.

The visitor can have a complete understanding of the historical development of the Olympic Games and the other panhellenic festivals (the Pythian at Delphi, the Nemean at the sanctuary of Zeus at Nemea and the Isthmian Games at the sanctuary of Poseidon near Corinth) through a wide selection of exhibits as well as information panels and visual material.

Among the most important exhibits are the gold rings-seals with the first representations of athletic competitions representative examples of the Minoan and Mycenaean art, bronze and clay geometric figurines of warriors and chariots coming from Olympia. Also equipment used by athletes such as discs, halterai (weights for long jump), arryballoi (small oil vases), strigils (for scrapping the dust from the skin) etc. Furthermore exhibited in the galleries the visitor can enjoy a variety of interesting inscribed bases of statues of athletes who adorned the sacred Altis during antiquity which constitute an inexhaustible source of information also different small bronze figurines of athletes and many vases and vessels decorated with scenes of athletic performances.

The basement of the museum is equipped with digital exhibition, a wide variety of high tech devices and computer systems. It is mostly availiable for schools and universities where students can be informed and educated about the Games in antiquity through scientific multimedia content (texts, pictures, maps, videos, 3-d representations of the ancient games, an interactive 3D theater etc).