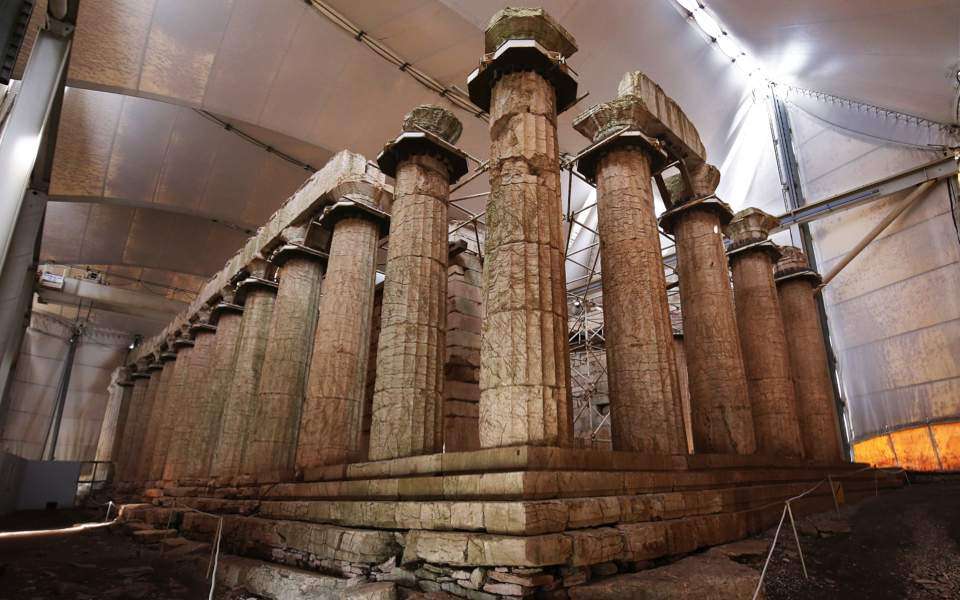 We will pick you up from your hotel in Olympia.
The beautiful trip takes 1 hour drive and 1 hour stay in Apollon Epicurius.

You will see the ancient temple of greek god Apollon and learn about greek myths and history. The temple was built in 420 BC and 400 BC.

The temple of Apollon at Bassae in Peloponnes is 1,130 meters high and is a UNESCO World Hertage Site, it is the best preserved greek temple of the motherland (after the Hephaisteion in Athens). He was dedicated to the healing god Apollon Epicurius.

Andritsaina is a municipality in the southeast of the prefecture of Elis in Greece. The city has a population of 795 inhabitants. In ancient times Andritsaina belonged to the Arcadia region, but today it s part of the province of Olympia.

Andritsaina is located at an altitude of approximately 750 m (highest point to 1,000 m) in the mountainous heartland between Olympia and Tripoli on the main road 76 km between Skillounta and Megalopoli. The picturesque village is often a transit station for tourists. There you can take lots of pictures, eat, drink and much more. 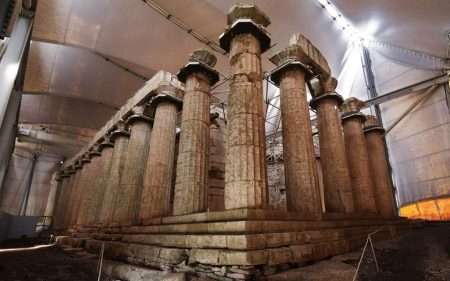 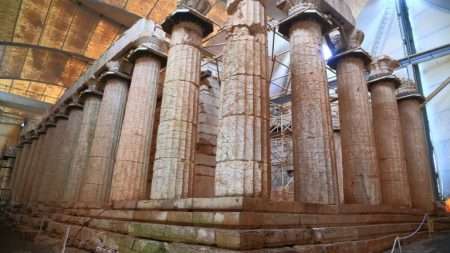 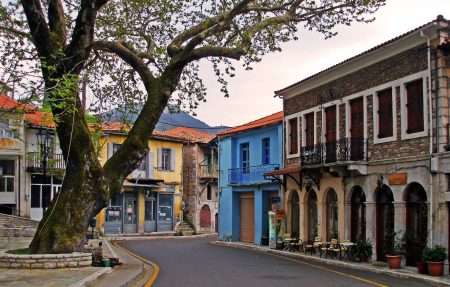 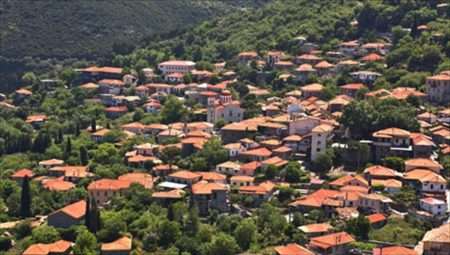 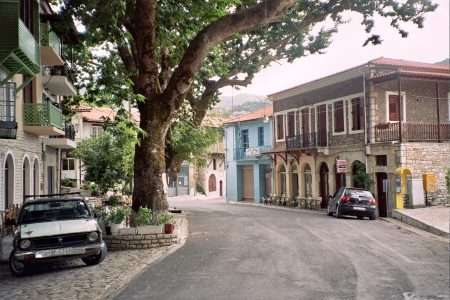