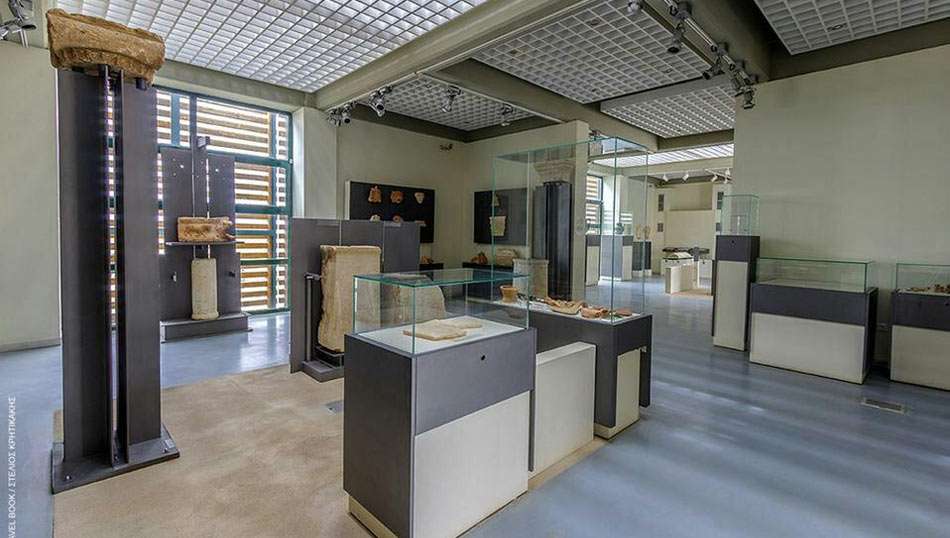 The museum of Ancient Elis, a project of the architect Anastasios Birris, was built during the period 2002-2004 in SE edge of the ancient city on the slopes of the hill.

The museum combines a stylish and fully harmonized exterior architecture with a functional and spacious interior.

It has a control room with screens that allow continuous monitoring of the most important points of the museum, a large reception hall and exhibition space which includes four rooms and corridor. There is also an internal part of a peristyle courtyard which hosts some of the other sculptures like the mosaic floor with the labors of Hercules and the symbols of the Muses.

In the basement there are six large warehouses that can accommodate all of the objects found during the systematic excavations and the meditations in the ancient city but within a radius of several kilometers around it. In specific areas of the basement are housed the facilities of air conditioning and the power generator.